The Atlantic Water Garden Triton Ionizer modular design is at the cutting edge of innovation, featuring tool-less, seamless integration with our award-winning Triton Check Valve! Safe for animals and plants and unaffected by sunlight and heat, this mineralized water maintains a residual ability to treat organics, greatly reducing the need for chemical treatments. 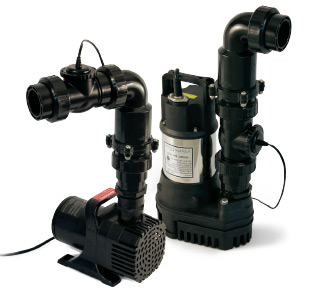 When plumbed to the outlet of a pump, the Triton Ionizer delivers highly effective copper ions that attach to organic material, effectively removing it from the water column. A microcurrent of electricity separates the ions from the copper electrodes as the flow of water carries the ions into the water feature. A microprocessor allows fine adjustment and balances the consumption of the electrodes for complete control and long life.